Save Money On Your Next Vegas Vacation. We just added 259 new discounts! 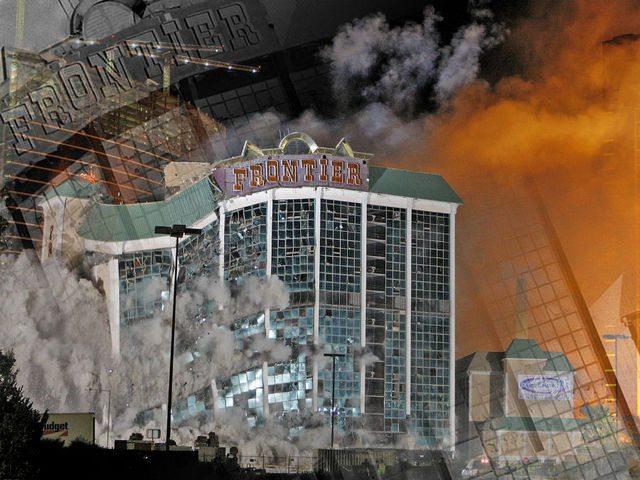 A blog post containing videos and information on the demolition of Las Vegas Casinos.

It took about 20 seconds to destroy the 12-story, 200-room building on Feb. 10, 2015 shortly before 3 a.m, but not its notable history. After originally opening in 1970 as the Royal Inn, the Clarion Hotel closed on Sept. 2, 2014, when Las Vegas developer Lorenzo Doumani bought the six-acre property for $22.5 million in October.

Dunes Casino and Hotel Implosion Las Vegas October 27, 1993. When the Dunes sign diamond exploded, we all got sprayed with glass. This was all done to make room for the Bellagio. Yet another Steve Wynn change the skyline of Vegas project.

The 65-year-old casino, the second property built on the famous Las Vegas Strip, was the venue where Elvis Presley made his Las Vegas debut in 1956. It also housed entertainers like Siegfried and Roy, and Wayne Newton; was once owned by eccentric billionaire Howard Hughes; and featured one of the longest union strikes in U.S. history.

*All promo codes, discounts and coupons are aggregrated from 3rd party websites and subject to change without notice. Daily Vegas Discounts may receive a commission for referring offers listed on this website.